In this 5-day course, students will learn the basics of computer programming through the use of Microsoft Visual Studio 2013 and either the Visual C# or Visual Basic programming languages. The course assumes no prior programming experience and introduces the concepts needed to progress to the intermediate courses on programming, such as 20483B: Programming in C#.

The focus will be on core programming concepts such as computer storage, data types, decision structures, and repetition by using loops. The course also covers an introduction to object-oriented programming covering classes, encapsulation, inheritance, and polymorphism. Coverage is also included around exception handling, application security, performance, and memory management.

Before attending this course, students must have: 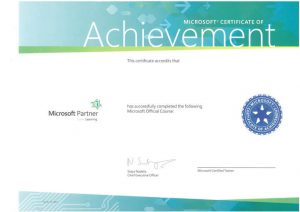